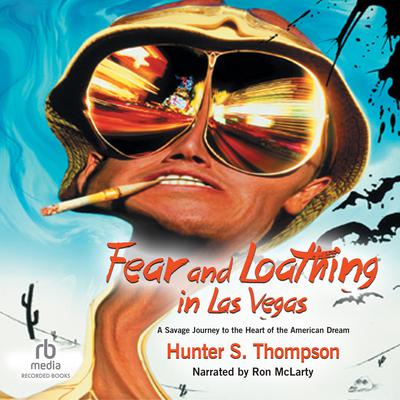 Fear and Loathing in Las Vegas: A Savage Journey to the Heart of the American Dream

Maverick author Hunter S. Thompson introduced the world to "gonzo journalism" with this cult classic that shot back up the best-seller lists after Thompson's suicide in 2005. No book ever written has more perfectly captured the spirit of the 1960s counterculture. In Las Vegas to cover a motorcycle race, Raoul Duke (Thompson) and his attorney Dr. Gonzo (inspired by a friend of Thompson) are quickly diverted to search for the American dream. Their quest is fueled by nearly every drug imaginable and quickly becomes a surreal experience that blurs the line between reality and fantasy. But there is more to this hilarious tale than reckless behavior-for underneath the hallucinogenic facade is a stinging criticism of American greed and consumerism.

“The best book on the dope decade.” —New York Times Book Review
“Fear and Loathing in Las Vegas is a scorching epochal sensation. There are only two adjectives writers care about any more—“brilliant” and “outrageous”—and Hunter Thompson has a freehold on both of them.” —Tom Wolfe