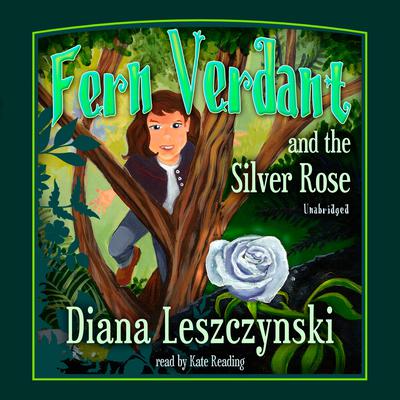 Fern Verdant and the Silver Rose

Fern wishes she had normal parents and a normal name. Instead, she has eccentric botanist parents who named her after her father’s favorite plant. Fern’s mother, Lily, assures her one day she’ll understand their love of plants, but Fern can’t believe it. She hates plants and could do with less of them in her life.

Then Lily disappears suddenly while attending to a mysterious and rare silver rose. Fern and her dad are heartbroken but have no idea what could have happened. Then one day, Fern learns that she has a one-of-a-kind talent: she can communicate with plants and so could her mother! Using her newfound skill, she learns that her mother is in terrible danger, and she is the only one who can save her—with a little help from her friends, the plants.

“Fern’s search for her mother and the decisions she is forced to make add depth to her character, and her growth in her communication with plants is realistic and intriguing.” —School Library Journal
“With clever, witty narration, a likable and earnest main character and a plant community filled with unique personalities, this one’s coming up roses.” —Kirkus Reviews

Fern Verdant and the Silver Rose is Diane Leszczynski’s first novel. She lives in California.