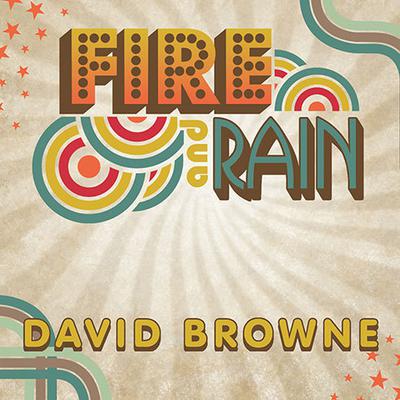 Fire and Rain: The Beatles, Simon and Garfunkel, James Taylor, CSNY and the Lost - Story of 1970

January 1970: the Beatles assemble one more time to put the finishing touches on Let It Be; Crosby, Stills, Nash & Young are wrapping up Déjà Vu; Simon and Garfunkel are unveiling Bridge Over Troubled Water; James Taylor is an upstart singer-songwriter who's just completed Sweet Baby James. Over the course of the next twelve months, their lives—and the world around them—will change irrevocably. Fire and Rain tells the story of four iconic albums of 1970 and the lives, times, and constantly intertwining personal ties of the remarkable artists who made them. Acclaimed journalist David Browne sets these stories against an increasingly chaotic backdrop of events that sent the world spinning throughout that tumultuous year: Kent State, the Apollo 13 debacle, ongoing bombings by radical left-wing groups, the diffusion of the antiwar movement, and much more. Featuring candid interviews with more than one hundred luminaries, including some of the artists themselves, Browne's vivid narrative tells the incredible story of how—over the course of twelve turbulent months—the '60s effectively ended and the '70s began.

Browne's engrossing account of this fertile but volatile period sets the standard by which comprehensive musical histories should be judged. —BookPage
“This juicy, fascinating read transports you back to a turbulent year…Browne artfully describes the creation of these classic songs in a way that makes them seem brand-new.” —Parade
“[Browne’s] attention to detail lends this compelling book a depth and richness rarely found in rock biography.” —Financial Times
“Absorbing…Browne avoids sentimentality and nostalgia, aiming instead at a fresh look at the bands and their milieu. Some of the period details are almost astonishingly apt.” —Boston Globe
“Fascinating doesn’t even come close as we get a never before seen glimpse of the time leading up to Paul McCartney’s announcement that he was leaving the Beatles and the intertwining, almost incestuous connections between all four of these artists, not to mention the tremendous cultural tremors going through the body politic as a whole and how this informed their music.” —Huffington Post
“Intriguing new book…Fire and Rain works as a history lesson but is foremost a fast-paced music fan’s appreciation of the brilliance of that era’s artists.” —Miami Herald
“A fascinating look at an era when an artist’s reputation was built not on social media sites, but on the music itself.” —Publishers Weekly
“Browne engagingly illuminates many overlooked stories that may not be familiar to even dedicated rock enthusiasts. Highly recommended.” —Library Journal

David Browne is a contributing editor at Rolling Stone and Men’s Journal and the author of several books, including So Many Roads: The Life and Times of the Grateful Dead and Fire and Rain: The Beatles, Simon and Garfunkel, James Taylor, CSNY, and the Lost Story of 1970, as well as biographies of Sonic Youth and Jeff and Tim Buckley, among many others. His work has appeared in the New York Times, Entertainment Weekly, Spin, the New Republic, and other outlets.