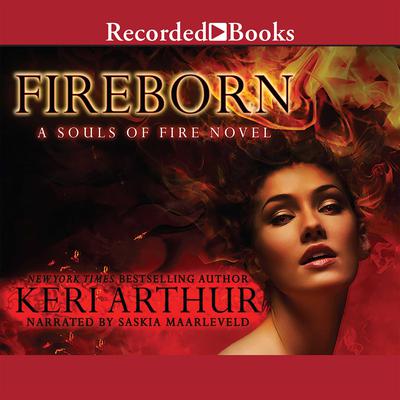 The Souls of Fire Series: Book 1

From New York Times bestselling author Keri Arthur comes a brand new series featuring heroine Emberly Pearson-- a phoenix capable of taking on human form, and cursed with the ability to foresee death Emberly has spent a good number of her many lives trying to save humans. So when her prophetic dreams reveal the death of Sam, a man she once loved, she does everything in her power to prevent that from happening. But in saving his life, she gets more than she bargained for. Sam is working undercover for the Paranormal Investigations Team, and those who are trying to murder him are actually humans infected by a plague-like virus, the Crimson Death-- a by-product of a failed government experiment that attempted to identify the enzymes that make vampires immortal. Now, all those infected must be eliminated. But when Emberly' s boss is murdered and his irreplaceable research stolen, she needs to find the guilty party before she goes down in flames