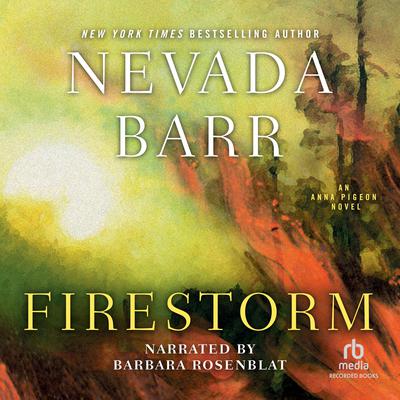 Accomplished storyteller Nevada Barr captivates fans with her tightly-woven plots, vibrant descriptions, and believable characters. In this thrilling mystery, her resourceful sleuth, middle-aged park ranger Anna Pigeon, travels to northern California where she joins the forces battling an out-of-control forest fire. Ever since a fire began raging through Lassen Volcanic National Park, Anna has been acting as medic and security officer for the spike camp firefighters. As the blaze dwindles and the camp demobilizes, she stays behind with a small crew to rescue an injured man. Suddenly a thunderstorm whips the remaining embers into a deadly firestorm. After the inferno passes, Anna discovers a crew member didn't make it-but a knife, not the fire, killed him. Nevada Barr creates scenes so powerful you can almost feel the intense heat and smell the billowing smoke. Narrator Barbara Rosenblat brings out the nail-biting suspense as Anna searches for the killer within the small band of survivors.