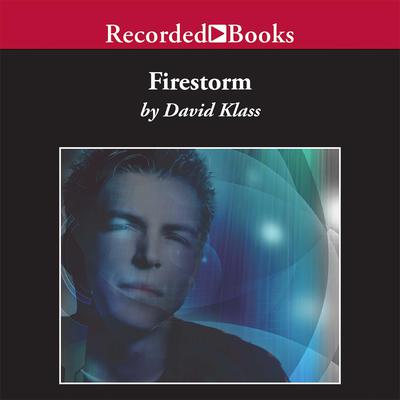 It's a typical night for high school senior Jack Danielson. A star football player, he just broke the league rushing record, celebrated at the local diner, and got shot down (again) by his girlfriend. Jack feels he's having "the most normal senior year a guy could have" in "the most normal little town in America." He couldn't be more wrong. His football exploits were featured on the television news, and now he's in terrible danger. Jack learns his mom and dad are not his real parents. In fact, everything he knows is a lie. The truth is, Jack's a powerful guardian from the future sent back to prevent an ecological disaster. But now the Dark Army knows how to find him-and they're coming fast. Firestorm has received glowing critical praise, including starred reviews from Publishers Weekly and School Library Journal. Author David Klass, an acclaimed Hollywood screenwriter, crafts a lightning-paced fantasy. "The relentless pace, coupled with issues of ecology, time travel, self-identity, and sexual awakening, makes for a thrilling and memorable read."-School Library Journal, starred review