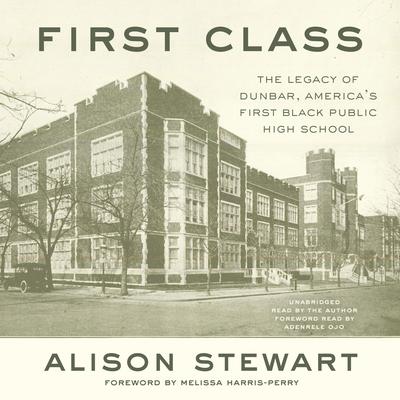 Dunbar High School in Washington, DC, defied the odds and, in the process, changed America.

In the first half of the twentieth century, Dunbar was an academically elite public school, despite being racially segregated by law and existing at the mercy of racist congressmen who held the school’s purse strings. These enormous challenges did not stop the local community from rallying for the cause of educating its children.

By the 1950s, Dunbar High School was sending 80 percent of its students to college. Today, as with too many troubled urban public schools, the majority of Dunbar students struggle with reading and math. Journalist and author Alison Stewart, whose parents were both Dunbar graduates, tells the story of the school’s rise, fall, and path toward resurgence as it looks to reopen its new, state-of-the-art campus in the fall of 2013.

“Drawing on interviews with alumni, teachers, and students, Stewart recalls the storied history of Dunbar, its part in the tumultuous politics of the D.C. school system, and current efforts to reconstruct the school and revive its former glory. A fascinating account of the legacy of a legendary school.” —Booklist
“A well-reported, passionate study of the triggers for failure and success within American urban education.” —Kirkus Reviews
“A gifted journalist, Alison Stewart tells this remarkable story with depth and insight.” —Jon Meacham, Pulitzer Prize–winning author
“What an amazing story—what a great book.” —Rachel Maddow
“Stewart will convince you that there’s cause for hope, and that the school’s brightest days may still be ahead.” —President Bill Clinton

Alison Stewart is an award-winning journalist whose twenty-year career includes anchoring and reporting for NPR, NBC News, ABC News, and CBS News. She got her start covering politics for MTV News. Stewart is a graduate of Brown University.