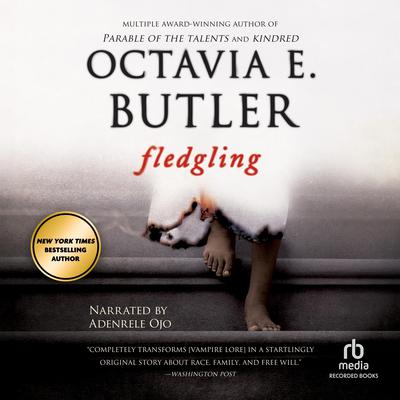 Shori is a mystery. Found alone in the woods, she appears to be a little black girl with traumatic amnesia and near-fatal wounds. But Shori is a fifty-three-year-old vampire with a ravenous hunger for blood, the lost child of an ancient species of near-immortals who live in dark symbiosis with humanity. Genetically modified to be able to walk in daylight, Shori now becomes the target of a vast plot to destroy her and her kind. And in the final apocalyptic battle, her survival will depend on whether all humans are bigots—or all bigots are human.

“Butler has created a new vampire paradigm — one that’s more prone to sci-fi social commentary than gothic romance—and given a tired genre a much-needed shot in the arm.” —Publishers Weekly (starred review)
“Her narrative flows quickly and seamlessly along as Shori seeks those who would destroy her. Gripping and memorable, Butler’s latest is a welcome return performance.’' —Booklist (starred review)
'‘A finely crafted character study, a parable about race, and an exciting family saga. Exquisitely moving fiction.’'  —Kirkus Reviews (starred review)
“I found most of the vampires in Butler’s final novel, Fledgling, somehow reassuring…If you’re intrigued by humanistic, hopeful vampire lore, I can’t recommend Fledgling more highly.” —New York Times

Octavia E. Butler (1947–2006) was an American science fiction and fantasy writer, one of very few African American women in the field. She won both the Hugo and Nebula Awards and in 1995 was the first science fiction writer ever to receive the MacArthur Foundation “Genius” grant.