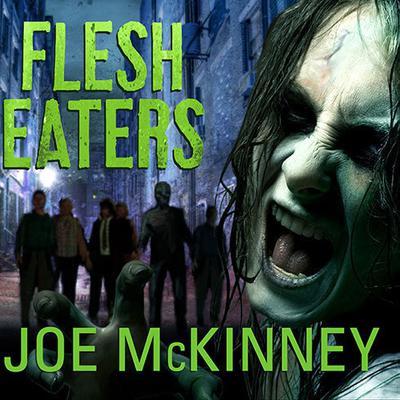 They rise... Out of the flooded streets of Houston, they emerge from plague-ridden waters. Dead. Rotting. Hungry. And as human survivors scramble to their rooftops for safety, the zombie hordes circle like sharks. The ultimate killing machines. They feed... Houston is quarantined to halt the spread of the zombie plague. Anyone trying to escape is shot on sight—living and dead. Emergency Ops sergeant Eleanor Norton has her work cut out for her. Salvaging boats and gathering explosives, Eleanor and her team struggle to maintain order. But when civilization finally breaks down, the feeding frenzy begins. They multiply... Biting, gnawing, feasting—but always craving more—the flesh-eaters increase their ranks every hour. With doomsday looming, Eleanor must focus on the people she loves—her husband and daughter—and a band of other survivors adrift in zombie-infested waters. If she can't bring them into the quarantine zone, they're all dead meat.

Joe McKinney is the author of numerous horror, crime, and science fiction novels, including Quarantined, Dodging Bullets, and the four-part Dead World series, which consists of Dead City, Apocalypse of the Dead, Flesh Eaters, and Mutated. He has a master’s degree in English literature from the University of Texas at San Antonio, and has worked as a homicide detective and a disaster mitigation specialist for the San Antonio Police Department. Joe lives north of San Antonio with his wife and children.