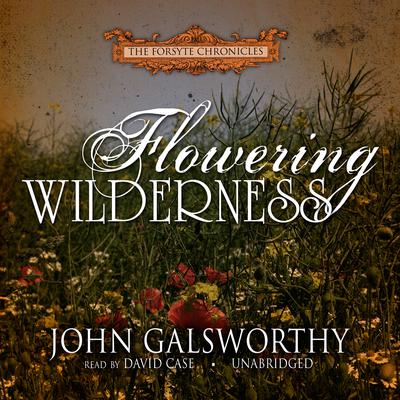 John Galsworthy devoted virtually his entire professional career to creating the fictional but entirely representative family of propertied Victorians, the Forsytes. He made their lives and times, loves and losses, and fortunes and deaths so real that readers accused him of including real individuals whom they knew as the characters in his drama.

Flowering Wilderness, the middle novel of the third trilogy, called End of the Chapter, is the eighth novel in Galsworthy’s Forsyte Chronicles, which has become established as one of the most popular and enduring works of twentieth-century literature and was described by the New York Times as “a social satire of epic proportions and one that does not suffer by comparison with Thackeray’s Vanity Fair…[A] comedy of manners, convincing both in its fidelity to life and as a work of art.”