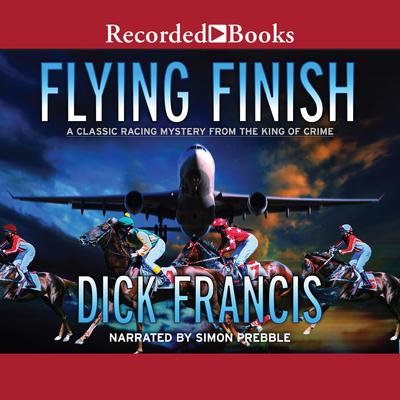 In this tale of murder, smuggling and mystery, bestselling author Dick Francis illustrates how he has attracted fans worldwide with his equestrian mysteries.Henry Grey is a man who needs a change. His job as an office worker is as tedious as the women his mother sets him up with. His new job transporting thoroughbred racehorses to exotic international destinations should perk up his mundane existence. However, when he intercepts a cryptic message hidden in the bottom of a smuggled bottle of birth control pills, Grey learns that horses are not his only cargo. In this story, set against the backdrop of 1960s Cold War Europe, Grey must rely on reserves of intelligence and courage he didn’t know he had to foil a plot of international intrigue. Today, bestselling author Dick Francis is known for his brilliant mystery thrillers featuring clean-cut men of character and scruples. They stand alone in the world of mystery heroes.