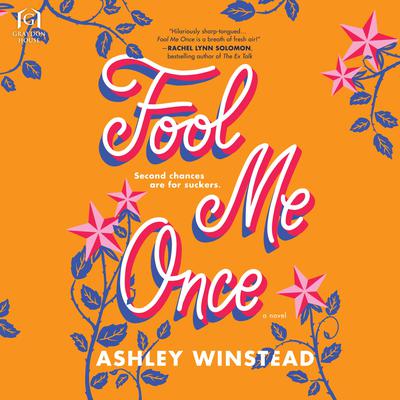 In this fierce and funny battle of the exes, Ashley Winstead’s Fool Me Once explores the chaos of wanting what you already had.

Lee Stone is a twenty-first-century woman: she kicks butt at her job as a communications director at a women-run electric car company (that’s better than Tesla, thank you) and after work she is “Stoner,” drinking guys under the table and never letting any of them get too comfortable in her bed … That’s because Lee’s learned one big lesson: never trust love. Four major heartbreaks set her straight, from her father cheating on her mom all the way to Ben Laderman in grad school—who wasn’t actually cheating, but she could have sworn he was, so she reciprocated in kind. Then Ben shows up five years later, working as a policy expert for the most liberal governor in Texas history, just as Lee is trying to get a clean energy bill rolling. Things get complicated—and competitive—as Lee and Ben are forced to work together. Tension builds just as old sparks reignite, fanning the flames for a romantic dustup the size of Texas.

Ashley Winstead, author of four novels, is an academic turned novelist with a PhD in contemporary American literature. Find her at www.AshleyWinstead.com.