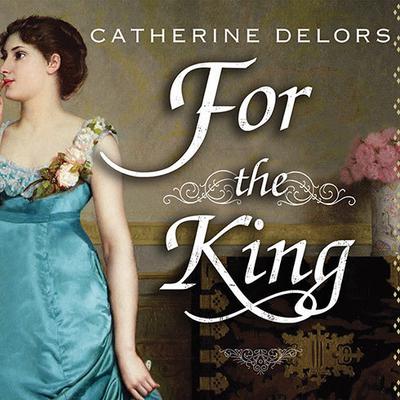 For the King: A Novel

For her first novel, Mistress of the Revolution, which the Associated Press dubbed one of the "best reads of the year," Catherine Delors earned comparisons to Tracy Chevalier and Philippa Gregory. In For the King, she again demonstrates her matchless ability to illuminate key turning points in history while weaving a gripping story about a man caught between his heart and his integrity. The Reign of Terror has ended, and Napoleon Bonaparte has seized power, but shifting political loyalties still tear apart families and lovers. On Christmas Eve 1800, a bomb explodes along Bonaparte's route, narrowly missing him but striking dozens of bystanders. Chief Inspector Roch Miquel, a young policeman with a bright future and a beautiful mistress, must arrest the assassins before they attack again. Complicating Miquel's investigation are the maneuverings of his superior, the redoubtable Fouché, the indiscretions of his own father, a former Jacobin, and two intriguing women. Based on real events and characters and rich with historical detail, For the King takes listeners through the dark alleys and glittering salons of post-revolutionary Paris and is a timeless epic of love, betrayal, and redemption.

Themes of class conflict, the messy process of change, and impossible love are nicely woven into the tense central plot of this fast-moving chase through the damp, rutted streets of turn-of-the-19th-century Paris. —Publishers Weekly

Catherine Delors was born and raised in France. She graduated from the University of Paris–Sorbonne School of Law and became the youngest member of the Bar of Paris at the age of twenty-one. She later moved to the United States and passed the California Bar. She is the author of the historical novel Mistress of the Revolution. Delors now splits her time between London and Paris, while remaining a partner in an international law firm based in Los Angeles.