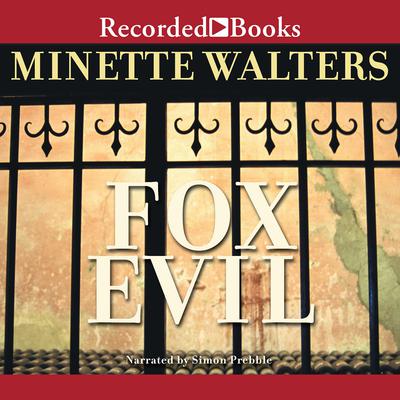 When elderly Ailsa Lockyer-Fox is found dead in her garden, dressed only in nightclothes and with bloodstains on the ground near her body, the finger of suspicion points at her wealthy husband, Colonel James Lockyer-Fox. A coroner's investigation deems it death by natural causes, but the gossip surrounding James refuses to go away. Friendless and alone, James and his reclusive behavior begins to alarm his attorney, whose concern deepens when he discovers that his client has become the victim of a relentless campaign accusing him of far worse than the death of his wife. James is unwilling to fight the allegations, choosing instead to devote his energies to a desperate search for the illegitimate granddaughter who may prove his savior as he battles for his name-and his life.

Minette Walters is one of England’s most popular crime writers. She is the author of over a dozen novels, winning the CWA John Creasey Award for The Ice House, the Edgar Allan Poe Award for The Sculptress, and two CWA Gold Daggers for The Scold’s Bridle and Fox Evil. Her novels have been translated into thirty-six languages and have sold twenty-five million books worldwide. She lives in Dorset, England, with her husband.