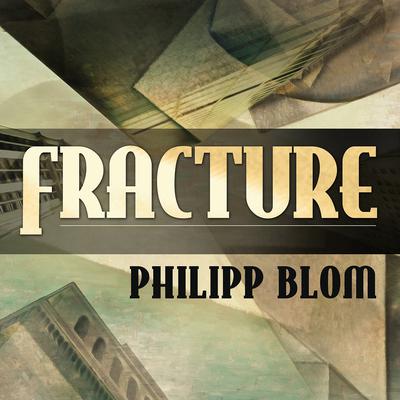 When the Great War ended in 1918, the West was broken. Religious faith, patriotism, and the belief in human progress had all been called into question by the mass carnage experienced by both sides. Shell-shocked and traumatized, the West faced a world it no longer recognized: The old order had collapsed, replaced by an age of machines. The world hurtled forward on gears and crankshafts, and terrifying new ideologies arose from the wreckage of past belief.

Historian Philipp Blom argues that in the aftermath of World War I, citizens of the West launched into hedonistic, aesthetic, and intellectual adventures of self-discovery. It was a period of both bitter disillusionment and visionary progress, in which artists, scientists, and philosophers grappled with the question of how to live and what to believe in a broken age. America closed its borders to European refugees and turned away from the desperate poverty caused by the Great Depression. On both sides of the Atlantic, disenchanted voters flocked to Communism and fascism, forming political parties based on violence and revenge that presaged the horror of a new World War.

Vividly re-creating this era of unparalleled ambition, artistry, and innovation, Blom captures the seismic shifts that defined the interwar period and continue to shape our world today.

This historical account will be enjoyed by anyone with an interest in cultural analysis. —Library Journal
“[An] eminently readable tome full of splendid anecdotal detail. Mr. Blom’s ability to convey a mood and to synthesize complex issues, is admirable.” —Wall Street Journal
“A fluent, often entertaining account of the period.” —New York Times
“Blom’s technique is to blend transformative moments with biographical vignettes…Blom delivers an orderly sense of the maelstrom of incidents and ideas with panache.” —Financial Times (London)
“[A] lucid appraisal of Western cultures between the wars.” —New Yorker
“Compelling… Like other good popular histories, Fracture will make the uninitiated think, and the initiated think twice.” —Literary Review (UK)
“This well-written account brings a refreshing clarity to such uncertain times.” —Publishers Weekly (starred review)
“This profound and beautifully organized history book is delivered by Ralph Lister, whose British accent makes it truly irresistible. Lister deftly glides from seemingly unrelated topics, such as the the rise of American jazz in the 1920s to unrest in Berlin and Paris a few years later and quickly delivers the fascinating historical connections. His skill at describing how discoveries and trends, both good and bad, in one part of the world trigger very different reactions elsewhere is mesmerizing. It’s like listening to the world’s greatest history teacher. This is one audiobook listeners will want to hear many times. Winner of the AudioFile Earphones Award.” —AudioFile
“This historical account will be enjoyed by anyone with an interest in cultural analysis.” —Library Journal

Philipp Blom is the author of several award-winning books, including The Vertigo Years, which has been made into a three-part television documentary, and A Wicked Company. A frequent lecturer at European and American universities, he also contributes to international newspapers and hosts a radio show on Austrian national radio. Philipp lives in Vienna.