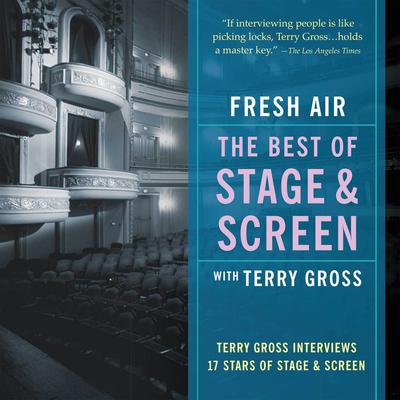 Fresh Air with Terry Gross, the award-winning weekday magazine of contemporary arts and issues, is one of public radio's most popular programs. Each week, nearly 4.5 million people listen to the show's intimate conversations, broadcast nationwide on more than 450 National Public Radio (NPR) stations and in Europe on the World Radio Network.

Terry Gross started out in public radio in 1973 at WBFO, the NPR affiliate on the campus of her alma mater, the State University of New York at Buffalo. She became producer and host of Fresh Air in 1975, when it was still a local program. Fresh Air won a Peabody Award in 1994 for its “probing questions, revelatory interviews, and unusual insights.” In 2003 Terry herself received public radio’s highest honor, the Edward R. Murrow Award. She lives in Philadelphia with her husband, writer Francis Davis.