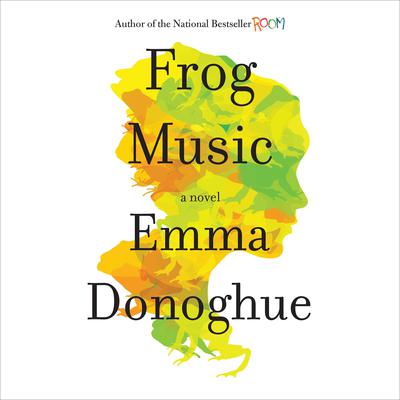 From the author of the worldwide bestseller Room: "Her greatest achievement yet...Emma Donoghue shows more than range with Frog Music -- she shows genius."- Darin Strauss, author of Half a Life. Summer of 1876: San Francisco is in the fierce grip of a record-breaking heat wave and a smallpox epidemic. Through the window of a railroad saloon, a young woman named Jenny Bonnet is shot dead. The survivor, her friend Blanche Beunon, is a French burlesque dancer. Over the next three days, she will risk everything to bring Jenny's murderer to justice -- if he doesn't track her down first. The story Blanche struggles to piece together is one of free-love bohemians, desperate paupers, and arrogant millionaires; of jealous men, icy women, and damaged children. It's the secret life of Jenny herself, a notorious character who breaks the law every morning by getting dressed: a charmer as slippery as the frogs she hunts. In thrilling, cinematic style, Frog Music digs up a long-forgotten, never-solved crime. Full of songs that migrated across the world, Emma Donoghue's lyrical tale of love and bloodshed among lowlifes captures the pulse of a boomtown like no other.

Emma Donoghue, born in Dublin, is a playwright, literary historian, novelist, and screenwriter. Her works of contemporary and historical fiction include the New York Times bestsellers Room and Frog Music. Her books have also been finalists for the Man Booker, Commonwealth Prize, the Orange Prize, and the Women’s Prize for Ficton. She also writes story collections, literary history, and plays for stage and radio.