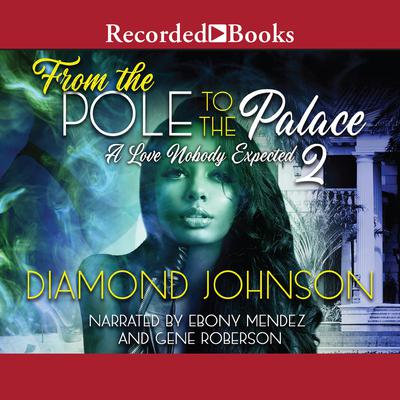 From the Pole to the Palace 2

By Diamond Johnson
Read by Ebony Mendez  and Gene Roberson

The From the Pole to the Palace Series: Book 2

Part one of From the Pole to the Palace left off with Jameeka wanting her now ex-husband, Seth Roberts, and his new girlfriend dead. As the days go by, Jameeka realizes that Levi isn’t the man she thought him be, but it’s too late because she’d already done the unthinkable, and Seth would never get back with her in a million years. Now that Seth and Dreka finally are in a committed relationship, is it enough for her to leave the pole alone and finally settle down in the palace where she belongs? Dreka promised herself that once she let those three words, I love you come out of her mouth, that she would hang up her dancing shoes, but is that true? In addition to everyday relationship problems, she is now faced with deep, dark secrets that she thought she had left behind in her past, but she now has to bring those secrets to light. This second installment is filled with drama, laughter, and secrets. Some will make it out in the end, but others won’t.