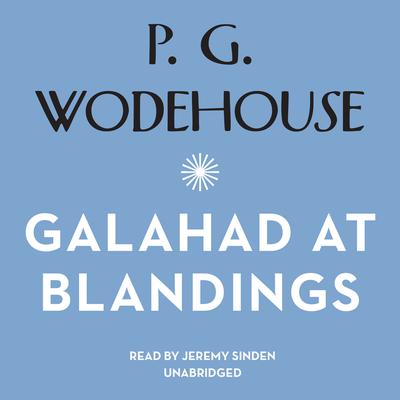 Galahad can’t abide broken hearts. So when Sam Bagshott and Sandy, Lord Emsworth’s current secretary, have a falling-out over a bet, Galahad determines to reunite the warring couple. Sam stands to win a sackful if Tipton Plimsoll marries Veronica Wedge, Lord Emsworth’s niece, but there’s a rumor that Tipton is deep in the financial soup. Veronica’s fearsome mother immediately stops all nuptials. To add to the mayhem, the Empress, Lord Emsworth’s beloved prize porker, is discovered drunk. Fortunately, Galahad is on hand to put matters right. Or so he hopes.

“Wodehouse is the greatest comic writer ever.” —Douglas Adams