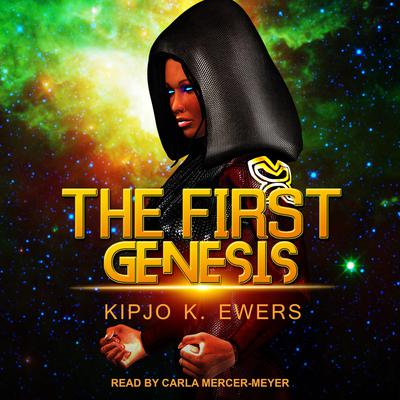 Almost two years since the Uprising, the world has drastically changed.

Sophia has taken up the mantle of the world's champion superhero Freedom.

However due to her cryptic message to the United Nations the world is divided in regards to her role in it.

To some, she is a beacon of hope, while others see her as a new global threat they must find a way to deal with.

The aftermath of Peace's attempted takeover of the planet has given rise to superhuman boosting and genetic hate groups.

In the midst of new chaos and global tensions, a sinister plan is being hatched against the inhabitants of Earth amongst the stars, while an ancient evil has been released slowly gaining strength and making his own plans for world domination.

Genesis promises to give birth to many revelations.

When all is said and done, not only will EVO Universe never be the same . . . it might not survive.

Kipjo K. Ewers is the author of the First series. After earning his degree in English and business administration at Iona College, Kipjo began a career in the corporate world. He worked for several major firms in the New York area, but his true passion has always been writing.