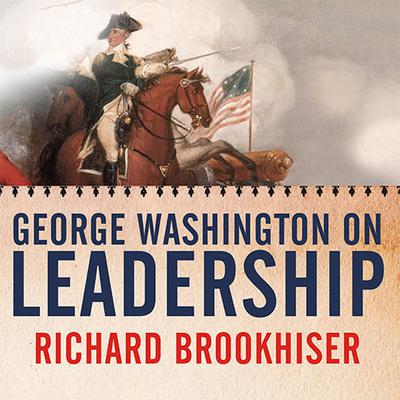 America's first president was also one of its strongest leaders—from the military, to government, to business. Richard Brookhiser's revolutionary biography Founding Father took George Washington off the dollar bill and made him live. Now, with his trademark wit and precision, Brookhiser expertly examines the details of Washington's life that full-scale biographies sweep over, to instruct us in true leadership. He explains how Washington maximized his strengths and overcame his flaws, and inspires us to do likewise. It shows how one man's struggles and successes 200 years ago can be a model for leaders today. Washington oversaw two start-ups: the army and the presidency. He chaired the most important meeting in American history, the Constitutional Convention. Washington rose from being a third son who was a major in the militia to one of the most famous men in the world. At every stage in his career, he had to deal with changing circumstances, from tobacco prices to geopolitics, and with wildly different classes of men, from frontiersmen to aristocrats. Washington's example is so crucial because of the many firsts he is responsible for.

“There is inspiration here for all of us, CEO or not.” —Wall Street Journal
“In Richard Brookhiser’s hands, Washington remains as glorious as ever—and if some of that glory brushes off on us lowly readers, all the better.” —National Review
“While leaders glean Brookhiser for practical advice, history buffs will be intrigued by his biographical insights.” —Booklist

Richard Brookhiser is the author of What Would the Founders Do?; Founding Father; Alexander Hamilton, American; and America’s First Dynasty: The Adamses, 1735–1918. The writer and host of the critically acclaimed PBS documentary Rediscovering George Washington, he is a columnist for Time magazine and a senior editor of National Review. He has also written for the New Yorker and the New York Times. Brookhiser lives in New York City.