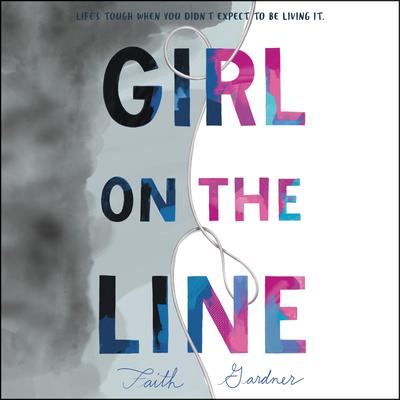 Girl on the Line

A story that begins where too many others end, this stunningly written and unflinchingly authentic #ownvoices tale of love, loss, and hope will touch fans of All the Bright Places and Girl in Pieces.

Life’s tough when you didn’t expect to be living it. But now that Journey has a future, she apparently also has to figure out what that future’s supposed to look like.

Some days the pain feels as fresh as that day: the day she attempted suicide. Her parents don’t know how to speak to her. Her best friend cracks all the wrong jokes. Her bipolar II disorder feels like it swallows her completely.

But other days—they feel like revelations. Like meeting the dazzling Etta, a city college student who is a world unto herself. Or walking into the office of the volunteer hotline, and discovering a community as simultaneously strong and broken as she is.

Or uncovering the light within herself that she didn’t know existed.

Praise for Faith Gardner's The Second Life of Ava Rivers:

"A beautiful, moving, and thoughtful story about how far we're willing to go for family." —Kathleen Glasgow, New York Times bestselling author of Girl in Pieces

“This remarkable novel reproduces the personal and family trauma associated with the loss and recovery of a missing child. The Second Life of Ava Rivers is an enthralling tale.”  —Voice of Youth Advocates (VOYA) (starred review)

“Gardner brings a unique tenderness focused on the human dynamics of creating family and individual identity in the face of tragedy.”  —Bulletin of the Center for Children’s Books (starred review)

“Though the story is serious, Davies retains a bit of levity in her performance, giving Journey a likable, sarcastic personality. Many listeners may be triggered by this audiobook’s frank depiction of mental health crises, but, thankfully, a link to a pdf with resources is included.” —AudioFile
“An achingly authentic depiction of cycling through depression and healing… An incredibly tough but worthwhile read.” —Kirkus Reviews (starred review)
“[Journey is] a strong, vivid, and funny character, with a taste for dark and often evasive humor… she’s also here and hopeful, and that’s a hard-won prize that will hearten readers with their own battles.” —Bulletin of the Center for Children’s Books (starred review)
“There are no easy answers in Gardner’s tough but deeply rewarding latest, but there is hope in its message that there is no singularly correct road to recovery—and that the journey is worthwhile.” —Publishers Weekly (starred review)

Faith Gardner is the author of Girl on the Line, The Second Life of Ava Rivers, and Perdita. Her short fiction has appeared in dozens of online and print publications. She can be found online at www.faithgardner.com.