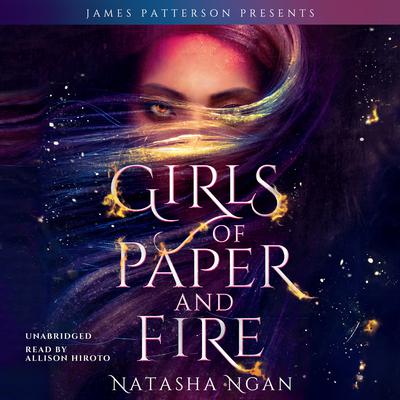 Girls of Paper and Fire

The Girls of Paper and Fire Series: Book 1

A Tor.com Reviewers' Choice of the Month

A BookRiot Pick of Queer YA Fantasies

Each year, eight beautiful girls are chosen as Paper Girls to serve the king. It’s the highest honor they could hope for … and the most demeaning. This year, there’s a ninth. And instead of paper, she’s made of fire.

In this richly developed fantasy, Lei is a member of the Paper caste, the lowest and most persecuted class of people in Ikhara. She lives in a remote village with her father, where the decade-old trauma of watching her mother snatched by royal guards for an unknown fate still haunts her. Now, the guards are back and this time it’s Lei they’re after—the girl with the golden eyes whose rumored beauty has piqued the king’s interest.

Over weeks of training in the opulent but oppressive palace, Lei and eight other girls learn the skills and charm that befit a king’s consort. There, she does the unthinkable—she falls in love. Her forbidden romance becomes enmeshed with an explosive plot that threatens her world’s entire way of life. Lei, still the wide-eyed country girl at heart, must decide how far she’s willing to go for justice and revenge.

“Lush…a novel you need to read.” —Shondaland.com
“In this rich fantasy…Ngan’s plot is tense and tight, her action sequences are elegant and adrenaline-soaked, and her story’s stakes increase exponentially through the pulse-pounding conclusion. She champions self-empowerment while condemning classism, homophobia, and the commod­i­fication of women. What most distinguishes this book, though, is how incisively and intoxicatingly Ngan writes about love.” —Publishers Weekly (stared review)
“Ideal for those seeking diverse LGBTQ fantasy stories.” —Kirkus Reviews
“Lei and Wren’s romance unfolds tenderly…and their wonder at finding love in such a terrible place rings true…[All] lead[s] to a terrifically nail-biting cliffhanger, setting all the pieces in play for a combustible sequel.” —Bulletin of the Center for Children’s Books
“Girls of Paper and Fire is as lush—and brutal—as the Demon King’s own court. Ngan is a stunning new talent.” —Kiersten White, author of As I Darken

Natasha Ngan is part young-adult author, part yoga teacher, part habitual nap-taker. She grew up between Malaysia and the UK, speaking Chinese with her mother mainly as a way to talk about people without them understanding. She studied geography at the University of Cambridge and later worked as a fashion blogger, social media consultant, and freelance writer. She moved to Paris, where she likes to imagine she drifts stylishly from brasserie to brasserie, notepad in one hand and wineglass in the other, but in reality she mostly spends her time lost on the metro and offending locals with her French.