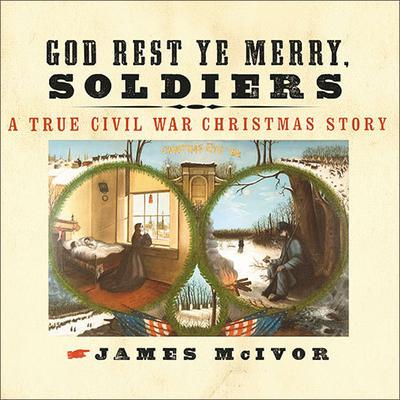 A heartwarming Civil War tale bound to become an American holiday classic In the winter of 1862, during the seemingly endless nightmare of the Civil War, a small miracle occurred. Just after Christmas, on the eve of the bloody battle of Stones River in Tennessee, the Union and Confederate armies set up camp within shouting distance of one another. To raise their spirits, they began a volley of patriotic tunes-"Yankee Doodle" drowned out by "Dixie." Then, during a pause, a Union band struck up the wistful strains of "Home Sweet Home." A Confederate band chimed in, and soon every regimental band and every soldier, Rebel and Yankee alike, had swelled the chorus. This bittersweet moment is the centerpiece of James Mcivor's portrait in miniature of a country weary of war. Filled with soldiers' letters-marked by humor, yearning, and courage—as well as Christmas poems and songs from the period, this is a tale of unabashed holiday spirit for our own divided nation.

James McIvor is a freelance writer living in Virginia.