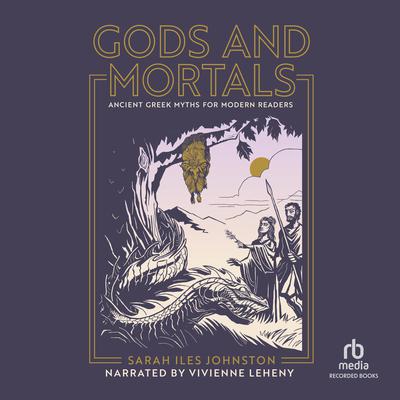 An enticing and entrancing new telling of ancient Greek myths

Gripping tales that abound with fantastic characters and astonishing twists and turns, Greek myths confront what it means to be mortal in a world of powerful forces beyond human control. Little wonder that they continue to fascinate readers thousands of years after they were first told. Gods and Mortals is a major new telling of ancient Greek myths by one of the world’s preeminent experts. In a fresh, vibrant, and compelling style that draws readers into the lives of the characters, Sarah Iles Johnston offers new narrations of all the best-known tales as well as others that are seldom told, taking readers on an enthralling journey from the origin of the cosmos to the aftermath of the Trojan War.

Some of the mortals in these stories are cursed by the gods, while luckier ones are blessed with resourcefulness and resilience. Gods transform themselves into animals, humans, and shimmering gold to visit the earth in disguise—where they sometimes transform offending mortals into new forms, too: a wolf, a spider, a craggy rock. Other mortals—both women and men—use their wits and strength to conquer the monsters created by the gods—gorgons, dragons, harpies, fire-breathing bulls.

Gods and Mortals highlights the rich connections between the different characters and stories, draws attention to the often-overlooked perspectives of female characters, and stays true both to the tales and to the world in which ancient people lived. The result is an engaging and entertaining new take on the Greek myths.