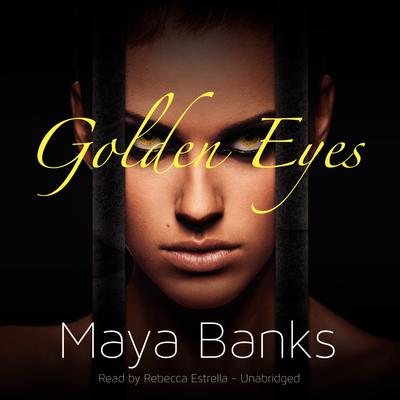 From New York Times bestselling author Maya Banks, Golden Eyes, the prequel to Amber Eyes, is a story of how love can tame the wildest of hearts …

After Sheriff Duncan Kennedy stumbles across poachers in his mountains, he is understandably angry. His discovery of an injured cheetah makes him even more furious. He takes the cat home until he can summon the local vet, only to get the shock of his life. When he checks on his charge, he finds not a cheetah but a gorgeous, very naked woman.

Aliyah Carter spent the past six months trapped in cheetah form, a prisoner of the poachers who took her to use in an illegal exotic-game hunt. Finally she's escaped, but now she faces another problem: the devastatingly sexy sheriff knows her secret.