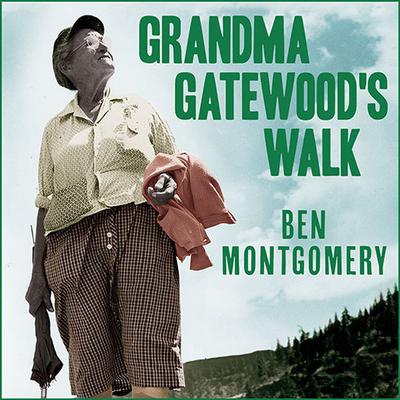 Grandma Gatewood's Walk: The Inspiring Story of the Woman Who Saved the Appalachian Trail

Emma Gatewood told her family she was going on a walk and left her small Ohio hometown with a change of clothes and less than two hundred dollars. The next anybody heard from her, this genteel, farm-reared, sixty-seven-year-old great-grandmother had walked 800 miles along the 2,050-mile Appalachian Trail. And in September 1955, atop Maine's Mount Katahdin, she sang the first verse of "America, the Beautiful" and proclaimed, "I said I'll do it, and I've done it." Grandma Gatewood, as the reporters called her, became the first woman to hike the entire Appalachian Trail alone, as well as the first person—man or woman—to walk it twice and three times. The public attention she brought to the little-known footpath was unprecedented. Her vocal criticism of the lousy, difficult stretches led to bolstered maintenance and very likely saved the trail from extinction.

“Journalist Montgomery draws on interviews with Gatewood’s surviving family members and hikers she met on her five-month journey as well as news accounts and Gatewood’s diaries to offer a portrait of a determined woman, whose trek inspired other hikers and brought attention to the neglect of the Appalachian Trail…Inspiring.” —Booklist
A quiet delight of a book. —Kirkus
“A journalist’s biography of the unassuming but gutsy 67-year-old Ohio grandmother….‘Queen of the Forest’ was far from the eccentric others claimed she was. Instead, Montgomery posits that this celebrated hiker used long-distance walking to help her come to terms with a dark secret…Gatewood’s exploits, which would later include walking the Oregon Trail, not only brought national attention to the state of hikers’ trails across a nation obsessed with cars and newly crisscrossed with highways; it also made Americans more aware of the joys of walking and of nature itself. A quiet delight of a book.” —Kirkus Reviews

Ben Montgomery is a staff writer at the Tampa Bay Times and cofounder of the Auburn Chautauqua, a Southern writers’ collective. He was a finalist for the Pulitzer Prize in 2010 and has won many other national writing awards.