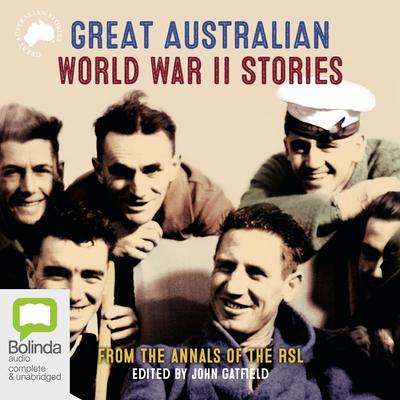 From the annals of the RSL come these riveting true stories, written by a host of ordinary Australians – Diggers, POWs, nurses, entertainers, sailors, airmen and many more – that capture the impact of war on those who took part.

With eyewitness accounts ranging from the Fall of Singapore to the Kokoda Track, and from Europe to the Middle East, these stories bring the Australian experience of the Second World War to life with humour, pathos and vivid detail.

There's the ordeal of the 13 survivors of the sinking of HMAS Yarra as the sharks took their mates; life in the Japanese POW camps, Sandakan and on the Burma Railway; taking part in RAAF air raids on Berlin; a glimpse of life as a Rat of Tobruk – and much more.

Collected in one volume for the first time, this is a must-read chronicle of Australians at war.