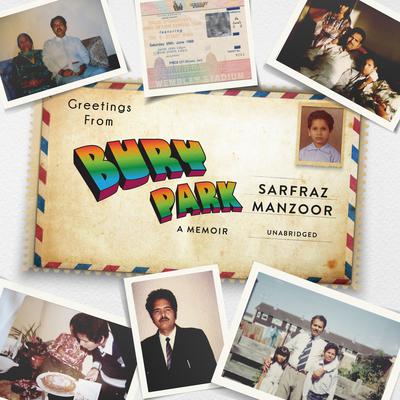 The inspiration for Blinded by the Light, the smash Sundance hit and major motion picture. The acclaimed memoir about the power of Bruce Springsteen’s music on a young Pakistani boy growing up in Britain in the 1970s.

Sarfraz Manzoor was two years old when, in 1974, he emigrated from Pakistan to Britain with his mother, brother, and sister. Sarfraz spent his teenage years in a constant battle, trying to reconcile being both British and Muslim, trying to fit in at school and at home. But it was when his best friend introduced him to the music of Bruce Springsteen that his life changed completely. From the age of sixteen on, after the moment he heard the harmonica and opening lines to “The River,” Springsteen became his personal muse, a lens through which he was able to view the rest of his life. Both a tribute to Springsteen and a story of personal discovery, Greetings from Bury Park is a warm, irreverent, and exceptionally perceptive memoir about how music transcends religion and race.

“Successfully evokes not only a particular time and place, but, more importantly, a pervasive sense of marginality…A very personal narrative of love, separation, loss, and guilt.” —New Statesman
“Manzoor leaps clear of cliché by virtue of the story he has to tell, and the insight, compassion, humor, and self-awareness with which he tells it.” —Sunday Times (London)
“A fascinating look at one family’s Westernization and at the pressure to assimilate that so many immigrants face.” —Washington Post

Sarfraz Manzoor is a writer and broadcast journalist. He is a writer for the Guardian but his journalism has also appeared in publications as diverse as the Daily Mail, the Independent, the Observer, Uncut, the Spectator, Prospect, and the New Statesman. He is a familiar voice on BBC Radio with documentaries on Radio 4, Up All Night on Radio 5 Live, and regular contributions to Radio 4’s Saturday Review and Newsnight Review.