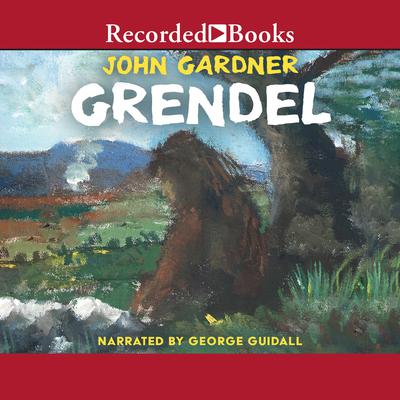 World renowned critic John Gardner has received prestigious awards for his wide range of literary achievements including short stories, novels, and essays. When he turns his talents to retelling Beowulf, the earliest epic in British literature, the result is a work that combines extensive knowledge with a marvelous strain of pure fun. In Gardner's version of the epic, instead of lauding the helmeted hero, Beowulf, the spotlight shines on Grendel, a beast whose grotesque body and blood thirst condemn him to the life of an outlaw. Grendel is a horrible monster. He greedily gobbles up warriors in the Danish mead hall guarded by Beowulf. But within Grendel lurks a soul that delights in dark humor, dramatic pirouettes and pranks. Both young adult and adult listeners will revel in this powerful complement to a classic tale. George Guidall's narration captures a surreal landscape that shimmers on the other side of the original epic's heroic mirror. What we see is that there's a little bit of Grendel living is each of us. Also available: Beowulf