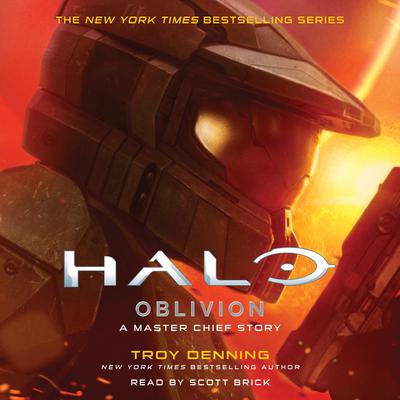 2526. It has been more than a year since humanity first encountered the hostile military alliance of alien races known as the Covenant, and several weeks after the United Nations Space Command’s devastating counterattack of Operation: SILENT STORM was deemed an overwhelming success. The UNSC has put its faith in the hands of the Spartans, led by the legendary Master Chief, John-117: enhanced super-soldiers raised and trained from childhood via a clandestine black ops project to be living weapons. But the Covenant—enraged and fearful of their enemy’s unexpected strategies and prowess—is not taking its recent defeat lightly, and is now fully determined to eradicate humanity from existence, brutally overrunning the ill-fated planets of the Outer Colonies faster than retreats can be ordered.

If the UNSC has any chance of stemming the tide of the war, the Master Chief and Blue Team must drop onto an empty, hellish world in order to capture a disabled Covenant frigate filled with valuable technology. It has all the makings of a trap, but the bait is far too tempting to ignore—and this tantalizing prize is being offered by a disgraced and vengeful Covenant fleetmaster, whose sole opportunity for redemption lies in extinguishing humanity’s only hope of survival…

“Action-packed.” —Kirkus Reviews on Fate of the Jedi: Apocalypse