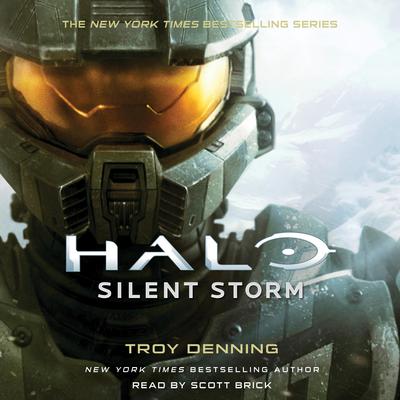 Finalist for the 2019 Scribe Award for Best Original Speculative Novel

2526. It has been a year since humanity engaged in its destructive first contact with a theocratic military alliance of alien races known as the Covenant. Now the hostilities have led to open war, and the United Nations Space Command understands virtually nothing about its new enemy. There are only two certainties—the Covenant is determined to eradicate humanity, and they have the superior technology to do just that. The UNSC’s only hope lies with the Spartans: enhanced supersoldiers raised and trained from childhood via a clandestine black ops project to be living weapons. Their designated commander, Petty Officer John-117, has been assigned to lead the Spartans on a desperate counterattack designed to rock the Covenant back on its heels, and to buy humanity the time it needs to gather intelligence and prepare its defenses.

But not everyone wants the Spartans to succeed. A coalition of human insurrectionist leaders believes an alliance with the Covenant to be its best hope of finally winning independence from the Unified Earth Government. To further their plans, the insurrectionists have dispatched a sleeper agent to sabotage the UNSC counterattack—and ensure that John-117 and the Spartans never return from battle....