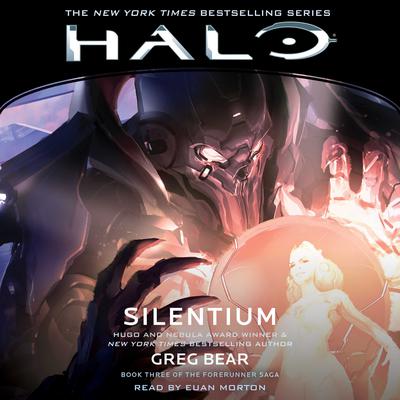 The final novel of the Forerunner Saga trilogy by science fiction legend Greg Bear—set in the Halo universe and based on the New York Times bestselling video game series!

One hundred thousand years ago. Chaos rules the final days of the Forerunner empire. The Flood—a horrifying, shape-changing, and unstoppable parasite—has arrived in force, aided by unexpected allies, and internal strife has desperately weakened Forerunner defenses. Facing the imminent collapse of their civilization, the Forerunners known as the Ur-Didact and the Librarian reveal what they know about the relationship between the long-vanished race of the Precursors and the Flood. While the Precursors created many technological species, including those of the Forerunners and humanity itself, the roots of the Flood may be found in an act of enormous barbarity, carried out beyond our galaxy ten million years before. Because of that savagery, a greater evil looms. Only the Ur-Didact and the Librarian—husband and wife pushed into desperate conflict—hold the keys to a solution. As they face the consequences of a mythic tragedy, one of them must now commit the greatest atrocity of all time—a shocking act designed to prevent an insane abomination from dominating the entire galaxy…

“An exciting story that spans millennia.” —BookLoons, on Cryptum