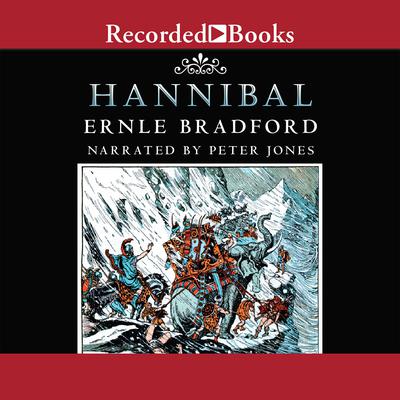 At the bloody battle of Cannae, he trounced a Roman army twice the size of his own. With his brothers, he subdued nearly all of Italy, Spain and Northern Africa. A cunning tactician, he secured victory for Bithynia at sea by catapulting poisonous snakes onto the decks of his enemy's ships. Biographer Ernle Bradford draws on the historical writings of Livy, Polybius, Plutarch and others in re-creating the fantastic story of the greatest general since Alexander the Great.

Ernle Bradford (1922–1986) was a prominent British historian specializing in the Mediterranean world and naval history. He served in the Royal Navy for the duration of World War II and later traveled throughout the Mediterranean, living for a while on Malta. He was a BBC broadcaster and magazine editor, as well as the author of many acclaimed books, including biographies on Cleopatra, Hannibal, and Caesar.