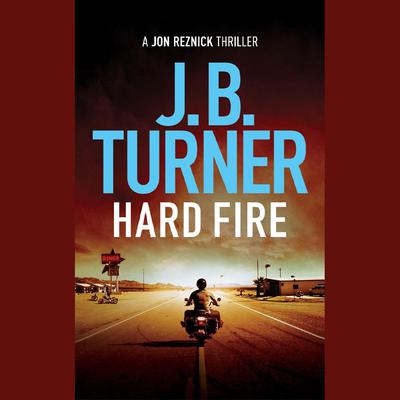 By J. B. Turner
Read by Jeffrey Kafer

From bestselling author J. B. Turner comes the next chapter in Jon Reznick’s story―revenge for a murdered friend.

Jon Reznick is not a man to cross. A brutally effective black-ops veteran, Reznick has a history of taking the law into his own hands. So when a group of masked men murders his closest friend, he swears to exact vengeance. The now-deceased Bill Eastland had been Reznick’s last living tie to his father, leaving him devastated…and furious. Whether or not the FBI approves, he swears to hunt down whoever issued the hit on his friend.

With the help of hacker Trevelle Williams, Reznick tracks the masked murderers from Maine to Texas to New York, quickly becoming embroiled in the shadowy world of the Aryan Brotherhood and the Mafia. As Reznick’s own body count begins to climb, clues lead him to one of the most dangerous crime families in New York, headed by the infamous Paul Moretti. But FBI Assistant Director Martha Meyerstein has just learned a crucial secret that could derail Reznick’s quest for revenge―Moretti is a high-level FBI informant.

Reznick faces a stark choice: take on the FBI and risk severing ties with Martha, or inflict his own form of rigorous justice no matter the possible fallout. How far will he go―and how many government agencies will he undermine―to get retribution for his best friend’s death? He might just have to create his own set of rules.

J. B. Turner is the author of the Jon Reznick action thriller trilogy, and other standalone thrillers. He was a freelance journalist before he began work on his first novel. He lives in Scotland with his family.