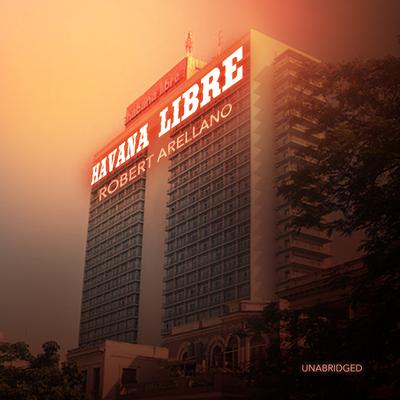 In this explosive follow-up to Havana Lunar, Dr. Mano Rodriguez takes an undercover assignment to the most dangerous city in Latin America: Miami.

During the summer of 1997, a series of bombings terrorize Havana hotels. The targets are tourists, and the terrorists are exiles seeking to cripple Cuban tourism and kill the revolution. After Mano finds himself helpless to save one of the victims, his nemesis Colonel Emilio Pérez of the National Revolutionary Police recruits him into Havana’s top-secret Wasp Network of spies for a job that only he can perform—but for reasons he never would have believed or expected.

“[An] exquisitely made thriller…A remarkably powerful narrative. The interrogation scene repulses while it grips…but readers are advised to stay with it for a rich reading experience.” —Booklist (starred review)
“This potent noir sheds light on Cuban life in the post-Soviet era…Building to an explosive ending, this atmospheric mix of proletarian literature and Graham Greene–style espionage informs as it entertains.” —Publishers Weekly
“This novel is rich in atmosphere and political critique.” —Kirkus Reviews
“Amidst the action, the quiet star…[is] Arellano’s rich landscapes of daily life in Cuba during the special period.” —Miami New Times
“Highly recommended…A memorable portrait of Havana at its most colourful and a gallery of wonderful characters moving through a rainbow of human emotions and experiences at all levels of Cuban and Miami society. [Predecessor] Havana Lunar was nominated for the Edgar; its follow-up deserves a similar fate.” —Crime Time (UK)
“There’s a fine tradition of crime writing in Cuba and Havana Libre is a great new addition to the pantheon. A mix of spy story and political thriller, the characters and places are very grounded in the real world, but the story has a slightly surreal touch… Havana Libre, cleverly, doesn’t draw cheap political conclusions but like all the best crime fiction the plot is bolstered by a deep understanding of the political, economic, and social situation in the country.” —Nudge

Robert Arellano is the award-winning author of several books, including Curse the Names; Fast Eddie, King of the Bees; and Don Dimaio of La Plata. His Havana Lunar was a finalist for the Edgar Award for Best Paperback Original.