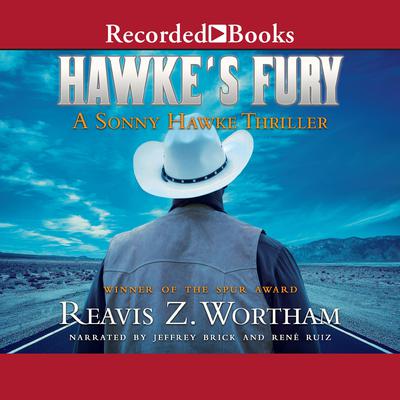 Border patrol agents are being ambushed along the Big Bend region of West Texas, a notorious drug corridor running east and west across the Lone Star State. Theyre not the only targets. A film production depicting human trafficking in the area has been attacked by a brutal drug cartel. Into this lawless frontier steps Texas Ranger Sonny Hawke, ready and willing to dispense his own brand of justice. Its an all-out war with the thinnest line separating the good from the bad. Sonny knows the only way out is to aim straight and stand your ground . . .

Reavis Z. Wortham, as a boy, hunted and fished the river bottoms near Chicota, Texas, the inspiration for his fictional Center Springs. He is the author of Doreen’s 24 HR Eat Gas Now Café and the acclaimed Red River mysteries. Novels in his Red River Mystery series have been named a Best Book of the Year by the Dallas Morning News, Strand Magazine, and Kirkus Reviews. He is the humor editor for and frequent contributor to Texas Fish and Game Magazine. His work has also appeared in American Cowboy, Texas Sporting Journal, and several other magazines. He is retired after spending thirty-five years as an educator.