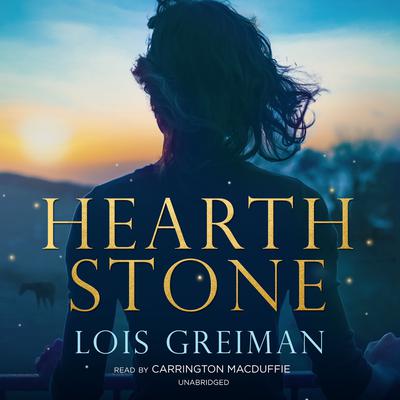 Award-winning author Lois Greiman welcomes readers back to the Black Hills of South Dakota, with a new cast of characters in a story that will resonate with fans of heartwarming fiction by Susan Wiggs and Robyn Carr.

With her chance at the US equestrian team shattered by an injury, Sydney Wellesley arrives at the Lazy Windmill ranch angry and heartbroken. But the rugged red bluffs and wild high plains of the Black Hills inspire her to purchase land where she can train her own Olympic hopefuls. Everything's going according to Sydney's new life plan—until her funding suddenly dries up.

Alone in the ramshackle house she had planned to raze, Sydney is ready to admit defeat and slink back to civilization—until she discovers an injured mustang. Seeing herself in the desperate wild mare, she feels compelled to save the animal at all costs, little knowing that the horse just might return the favor. For as Sydney's circle grows to include an autistic child, an earthy array of local characters, and hired help in the form of Hunter Redhawk, a man as indomitable as the land itself, she realizes that heroes are everywhere and that healing is the first step on the road to true happiness.

“Greiman’s versatile writing style is highlighted in this story. Sydney Wellesley is a strong heroine with the backbone to stand for what she wants and believes in, even if it goes against her wealthy family’s wishes. Leaving the life of privilege that she has always known will require strength and passion that Sydney must look inside herself to find. A great book with a wonderful message.” —RT Book Reviews (4 stars)
“Fleeing a cold father, a cheating fiancé, and a near-crippling injury, equestrian Sydney Wellesley escapes to the Lazy Windmill ranch in Hope Springs…This gentle romance will appeal to readers of Robyn Carr.” —Library Journal

Lois Greiman has won numerous awards, including the RT Career Achievement Award, the RT Historical Storyteller of the Year Award, and the Affaire de Coeur Critics’ Choice Award. She was born on a cattle ranch in central North Dakota and has since moved to Minnesota where she is involved in horse training and animal rescue.