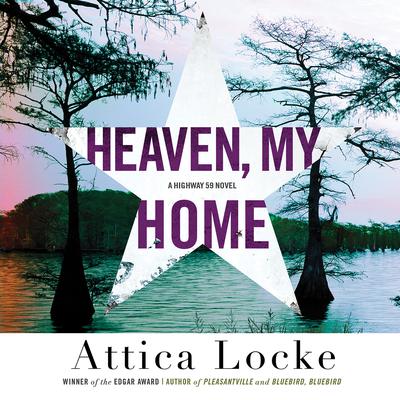 Longlisted for the Orwell Prize

A New York Times Top 10 Crime Novel of the Year

A Literary Hub Pick of Favorite Books of the Year

An Entertainment Weekly Pick of Biggest Books of Fall

An O Magazine Pick of Books to Read This Fall

The thrilling follow-up to the award-winning Bluebird, Bluebird: Texas Ranger Darren Matthews is on the hunt for a boy who's gone missing - but it's the boy's family of white supremacists who are his real target


9-year-old Levi King knew he should have left for home sooner; now he's alone in the darkness of vast Caddo Lake, in a boat whose motor just died. A sudden noise distracts him - and all goes dark.

Darren Matthews is trying to emerge from another kind of darkness; after the events of his previous investigation, his marriage is in a precarious state of re-building, and his career and reputation lie in the hands of his mother, who's never exactly had his best interests at heart. Now she holds the key to his freedom, and she's not above a little maternal blackmail to press her advantage.

An unlikely possibility of rescue arrives in the form of a case down Highway 59, in a small lakeside town where the local economy thrives on nostalgia for ante-bellum Texas - and some of the era's racial attitudes still thrive as well. Levi's disappearance has links to Darren's last case, and to a wealthy businesswoman, the boy's grandmother, who seems more concerned about the fate of her business than that of her grandson.

Darren has to battle centuries-old suspicions and prejudices, as well as threats that have been reignited in the current political climate, as he races to find the boy, and to save himself.

Attica Locke proves that the acclaim and awards for Bluebird, Bluebird were justly deserved, in this thrilling new novel about crimes old and new.

“Atmospheric.” —Wall Street Journal
“[A] bewitching story and luscious language…The action is tense and the characters have character, but it’s Locke’s descriptions of this ‘little piece of heaven’ that will make you swoon.” —New York Times
“Locke knows how to write a mystery novel that stings…Readers can rejoice that there are has plenty of volumes possible in the future of a mystery series with atmosphere, depth, and boundless compassion for its characters.” —NPR
“Locke doubles down on one of the most interesting characters from the trilogy’s first volume.” —Texas Observer
“Few suspense novelists display a better grip of political and racial divides than Attica Locke, and she spins a hell of a good story as well, introducing characters and locales you will want to visit again and again.” —BookPage
“JD Jackson needs the range of a grand piano to do justice to Attica Locke’s East Texas, and his skills and appealing baritone have it covered…Jackson makes these flawed, believable characters a pleasure to love or hate. Add some antebellum fantasy tourist trap fraudsters, and you have a distinctly uncozy puzzle for our time, beautifully performed.” —AudioFile
“This is a beautifully written and instantly gripping crime novel.” —Booklist (starred review)
“Locke shows…a facility for unraveling the tangled strands of the Southwest’s cultural legacy and weaving them back together with the volatile racial politics and traumatic economic stresses of the present day.” —Kirkus Reviews (starred review)
“Both a fascinating, smartly plotted mystery and a pertinent picture of the contemporary United States…This scintillating murder mystery, set in Trump-era East Texas, with a black main cast and racial concerns, is gripping, gorgeously written and relevant.” —Shelf Awareness
“A searing sequel.” —Publishers Weekly

Attica Locke is the author of Pleasantville, which won the 2016 Harper Lee Prize for Legal Fiction and was long-listed for the Bailey’s Prize for Women’s Fiction; Bluebird, Bluebird, which won the Edgar Award; and The Cutting Season, a national bestseller and the winner of the Ernest Gaines Award for Literary Excellence. She has been a writer and producer on the Fox drama Empire.