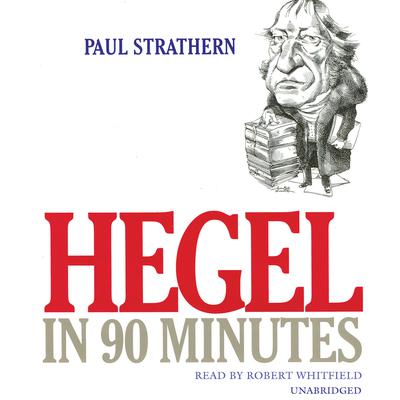 Hegel’s dialectical method produced the most grandiose metaphysical system known to man. Its most vital element was the dialectic of the thesis, antithesis, and synthesis. This sprung from Hegel’s aim to overcome the deficiencies of logic and ascend toward Mind as the ultimate reality. His view of history as a process of humanity’s self-realization inspired Marx to synthesize his philosophy of dialectical materialism.

In Hegel in 90 Minutes, Paul Strathern offers a concise, expert account of Hegel’s life and ideas and explains their influence on man’s struggle to understand his existence in the world. The book also includes selections from Hegel’s work, a brief list of suggested readings for those who wish to delve deeper, and chronologies that place Hegel within his own age and in the broader scheme of philosophy.