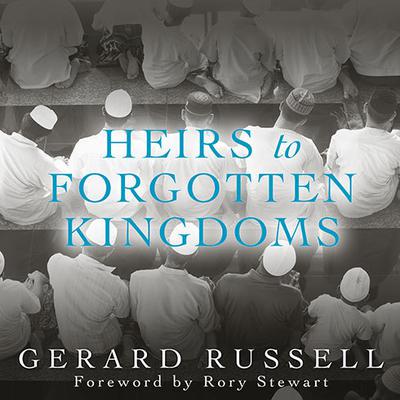 Heirs to Forgotten Kingdoms: Journeys into the Disappearing Religions of the Middle East

Despite its reputation for religious intolerance, the Middle East has long sheltered many distinctive and strange faiths. These religions represent the last vestiges of the magnificent civilizations in ancient history: Persia, Babylon, and Egypt in the time of the pharaohs. Their followers have learned how to survive foreign attacks and the perils of assimilation. But today, with the Middle East in turmoil, they face greater challenges than ever before. In Heirs to Forgotten Kingdoms, former diplomat Gerard Russell ventures to the distant, nearly impassable regions where these mysterious religions still cling to survival. He lives alongside the Mandaeans and Ezidis of Iraq, the Zoroastrians of Iran, the Copts of Egypt, and others. He learns their histories, participates in their rituals, and comes to understand the threats to their communities. Historically a tolerant faith, since the early twentieth century, Islam has witnessed the rise of militant, extremist sects. This development poses existential threats to these minority faiths. And as more and more of their youth flee to the West in search of greater freedoms and job prospects, these religions face the dire possibility of extinction.

A fascinating and gracefully written study of minority religions, recommended for its appreciation of cultural richness and variety. —Library Journal
“[A] lively new book…Russell, a former British and United Nations diplomat, writes movingly of his encounters with the adherents of these faiths…As religious identities become more pronounced, Russell’s work reminds us that the Middle East was not always convulsed by sectarian bloodletting.” —New York Times Book Review
“It is difficult to imagine a more timely book…Equal parts travelogue and history, Mr. Russell’s meticulously researched book takes readers into some of the region’s least-known minority communities: the Mandaeans of Iraq, the Copts of Egypt, the Zoroastrians, the Samaritans, and, yes, the Yazidis.” —Wall Street Journal
“A wonderfully intriguing book…[written with] erudition, sensitivity, humour and aplomb: a remarkable achievement.” —Economist
“Russell displays a clear enthusiasm for his project and an endearing affection for his subjects…One hopes that the attention this book draws to ancient customs and beliefs will contribute to their preservation.” —Washington Post
“This audiobook is different from most current books on the Middle East. Its focus is on ancient religions of the region that are trying to survive rather than on those that are in the news…Michael Page’s stately, formal British accent is reminiscent of informational programs on public television…He pronounces each word carefully and does a great job with the names and places. Overall, he speaks at a pace that allows listeners to ponder the book’s broad ideas.” —AudioFile

Gerard Russell is a Senior Associate at the Foreign Policy Center in London. He was a diplomat for fifteen years, serving in the British Foreign Office and the United Nations, and speaks fluent Arabic and Dari. Russell is a member of the Order of the British Empire and lives in London.