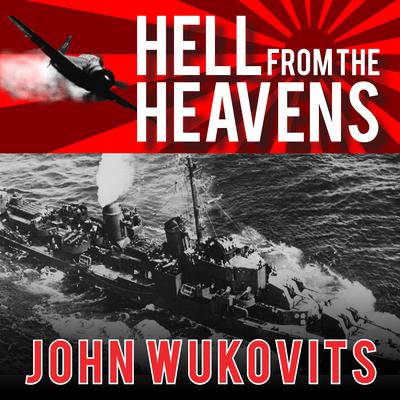 Hell from the Heavens: The Epic Story of the USS Laffey and World War II's Greatest Kamikaze Attack

On the morning of April 16, 1945, the crewmen of the USS Laffey saw what seemed to be the entire Japanese air force assembled directly above. They were about to become the targets of the largest single-ship kamikaze attack of World War II. By the time the unprecedented assault was finished, thirty-two sailors were dead and more than seventy wounded. Although she lay shrouded in smoke and fire for hours, the Laffey somehow survived. The gutted American warship limped from Okinawa's shore for home, where the ship and crew would be celebrated as heroes. Using personal interviews with survivors, the memoirs of crew members, and their wartime correspondence, John Wukovits breathes life into the story of this forgotten historic event.

For WWII buffs, surely, but also for general readers looking to understand the damage inflicted and the terror inspired by the Japanese suicide squadrons. —Kirkus

John Wukovits is a military expert specializing in the Pacific theater of World War II. He is the author of many books, including Eisenhower: A Biography, One Square Mile of Hell: The Battle for Tarawa, and American Commando: Evans Carlson, His WWII Marine Raiders, and America’s First Special Forces Mission. He has also written numerous articles for such publications as WWII History, Naval History, and World War II.