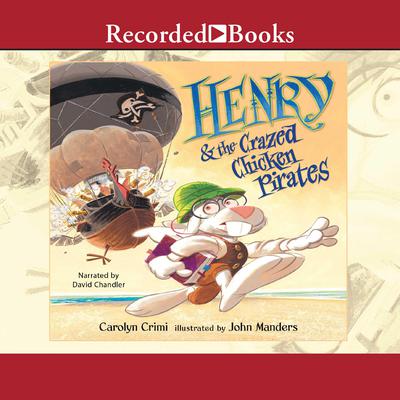 Henry and the Crazed Chicken Pirates

Carolyn Crimi scored a big hit with her first pirate bunny tale, Henry and the Buccaneer Bunnies, starring a rabbit named Henry, who is more interested in reading than pirating. The rest of the Salty Carrot's crew is too busy bowling with coconuts, shooting themselves out of cannons, and otherwise goofing off to care about a threatening letter received in a bottle. But Henry thinks there's something sinister behind the letter. Soon his fears become realized when the ship is attacked by crazy chickens!

Carolyn Crimi received her MFA in writing for children from Vermont College in 2000 and she has published over fifteen books. Her book There Might Be Lobsters won the Golden Kite Award in 2018 for Picture Book Text, and her middle grade debut, Weird Little Robots, was named a BEA Book Buzz pick. Carolyn has received over thirty state awards and award nominations and was given the Prairie State Award in 2012 for her body of work.