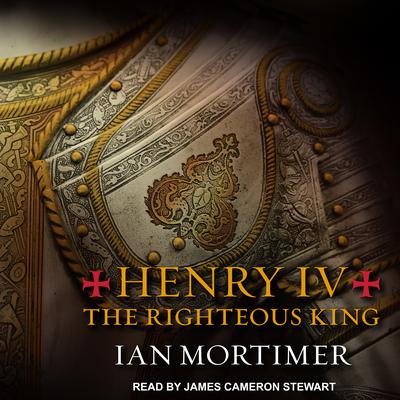 The talented, confident, and intelligent son of John of Gaunt, Henry IV started his reign as a popular and charismatic king after he dethroned the tyrannical and wildly unpopular Richard II. But six years into his reign, Henry had survived eight assassination and overthrow attempts. Having broken God's law of primogeniture by overthrowing the man many people saw as the chosen king, Henry IV left himself vulnerable to challenges from powerful enemies about the validity of his reign. Even so, Henry managed to establish the new Lancastrian dynasty and a new rule of law—in highly turbulent times.

In this book, noted historian Ian Mortimer, author of The Time Traveler's Guide to Elizabethan London, explores the political and social forces that transformed Henry IV from his nation's savior to its scourge.

[Mortimer] has an instinctive sympathy for the men about whom he writes, a real understanding of the mentalities of late medieval England, and a vivid historical imagination which lends colour and excitement to his pages —Literary Review