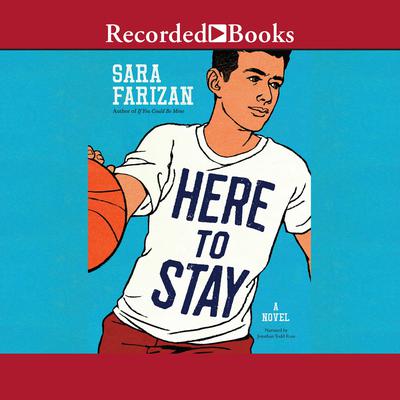 For most of high school, Bijan Majidi has flown under the radar. He gets good grades, reads comics, hangs out with his best friend, Sean, and secretly crushes on Elle, one of the most popular girls in his school. When he's called off the basketball team's varsity bench and makes the winning basket in a playoff game, everything changes in an instant. But not everyone is happy that Bijan is the man of the hour: an anonymous cyberbully sends the entire school a picture of Bijan photoshopped to look like a terrorist. His mother is horrified, and the school administration is outraged. They promise to find and punish the culprit. All Bijan wants is to pretend it never happened and move on, but the incident isn't so easily erased. Though many of his classmates rally behind Bijan, some don't want him or his type to be a part of their school. And Bijan's finding out it's not always easy to tell your enemies from your friends . . .

Sara Farizan is the author of If You Could Be Mine. She received her MFA from Lesley University and her BA in film and media studies from American University. The daughter of Iranian immigrants, she lives near Boston, Massachusetts.