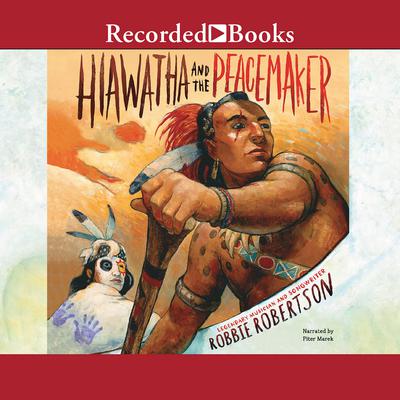 Hiawatha and the Peacemaker

Born of Mohawk and Cayuga descent, musical icon Robbie Robertson learned the story of Hiawatha and his spiritual guide, the Peacemaker, as part of the Iroquois oral tradition. Now he shares the same gift of storytelling with a new generation. Hiawatha was a strong and articulate Mohawk who was chosen to translate the Peacemaker's message of unity for the five warring Iroquois nations during the 14th century. This message not only succeeded in uniting the tribes but also forever changed how the Iroquois governed themselves-a blueprint for democracy that would later inspire the authors of the U.S. Constitution. Caldecott Honor-winning illustrator David Shannon brings the journey of Hiawatha and the Peacemaker to life with arresting oil paintings. Together, the team of Robertson and Shannon has crafted a new children's classic that will both educate and inspire readers of all ages.

Robbie Robertson was born in Toronto. His mother was part of the Mohawk tribe, which lead him to spend many summers on the Six Nations reserve, where he learned to play guitar. As guitarist and principal songwriter for the Band, he performed with artists such as Bob Dylan, Chuck Berry, Van Morrison, Neil Diamond, the Grateful Dead, and many more.