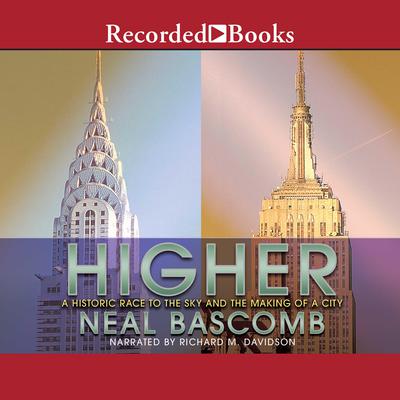 Higher: A Historic Race to the Sky and the Making of a City

This riveting, true account of the 1929 race to build New York City's tallest skyscraper evokes the glory of an exciting time long past. In the spirit of the Roaring Twenties, two men competed to erect a structure that would reach to the skies. Behind it all were two brilliant architects-men with a common past, but very different visions for the future. Higher is every bit as fascinating as the best fiction.

Neal Bascomb has published a number of international and national bestsellers, including Higher, The Perfect Mile, Red Mutiny, and Hunting Eichmann. His books have been optioned for film, featured in several documentaries, and translated into ten languages. He has also written for the New York Times, Wall Street Journal, and Los Angeles Times.