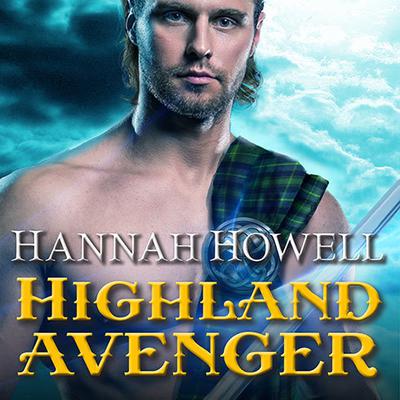 Once, Arianna Murray Lucette believed that she'd met the man she could always rely on. She was wrong. Now she is fleeing for her life, and when her enemies attack a ship bound for her only refuge, she believes that all hope is lost—until she awakens on Scotland's shore to a pair of the most entrancing blue eyes she has ever seen.
When Sir Brian MacFingal first spots the sun-streaked beauty on the beach, he mistakes her for dead. Soon, however, he discovers a woman who is more full of life and vitality than he ever dreamed possible. But though he knows he is fit to defend her life—even at the risk of losing his own—can such a raw warrior as he ever be worthy of her love?
Contains mature themes.

This fast-paced addition to the Murray clan chronicles is loaded with action as two people with demons help each other slay them. The strong prose and well-drawn backdrop, along with recurring characters adds just the right touches to more than satisfy Howell's legion of fans. —RT Book Reviews

Hannah Howell is the New York Times bestselling author of over forty historical romance novels, including the Highland Brides series and the Wherlocke series. A two-time recipient of the Golden Leaf Award, she has been a RITA Award finalist and has garnered several awards from Romantic Times magazine.