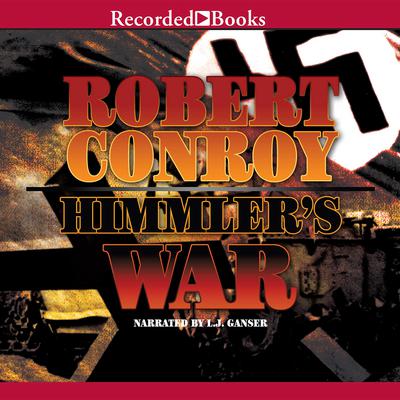 Best-selling author Robert Conroy has earned considerable critical acclaim and favorable comparisons to fellow speculative history maven Harry Turtledove. In the days after the Allies' landing at Normandy, Adolf Hitler is removed from his position atop the Third Reich, and SS chief Heinrich Himmler assumes control. Meanwhile, the Allies begin grappling with competing solutions for bringing the war to an end. But with a second wind-and a potentially devastating secret super-weapon-the German war machine is primed for a final assault.

“Historical accuracy in the midst of creative speculation makes this piece of alternate history believable. It should appeal to fans of Harry Turtledove and Peter G. Tsouras.”  —Library Journal

Robert Conroy is the author a run of hugely popular alternate history novels, including Himmler’s War and Rising Sun. His 1942, which is set within a Japanese conquest of Hawaii, won the prestigious Sidewise Award for alternate histories. Conroy has written for Military History magazine and has traveled extensively in Europe where he’s taken a special interest in battlefields, historical collections and castles. After a first career in business, Conroy has turned his lifelong passion for writing and military history into an immensely satisfying new occupation. He is married, lives in southeastern Michigan, and, when not writing, teaches business and economic history at a local college.