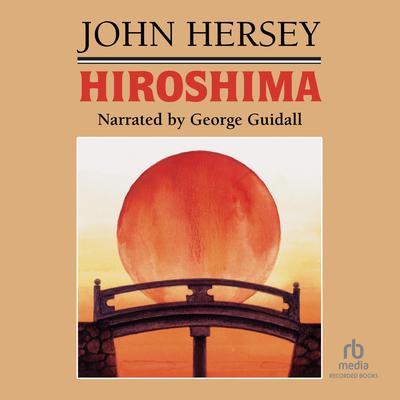 A journalistic masterpiece. John Hersey transports us back to the streets of Hiroshima, Japan on August 6, 1945-the day the city was destroyed by the first atomic bomb. Told through the memories of six survivors, Hiroshima is a timeless, powerful classic that will awaken your heart and your compassion. In this new edition, Hersey returns to Hiroshima to find the survivors-and to tell their fates in an eloquent and moving final chapter.

“Nothing can be said about this book that can equal what the book has to say. It speaks for itself, and in an unforgettable way, for humanity.” —New York Times
“To this day nothing tells better the horror of Hiroshima…One of the most powerful writers of modern times.” —Washington Post
“Everyone able to read should read it.” —Saturday Review of Literature
“Whether you believe the bomb made the difference in the war or that it should never have been dropped, Hiroshima is a must-read for all of us who live in the shadow of armed conflict.” —Amazon.com, editorial review
“One of the most important books to come out of World War II…Compelling, unforgettable, and more timely than ever, this is absolutely essential.” —Library Journal
“Brilliant…In its clean, classic restraint, its simplicity, its severity by implication, this is an artistic achievement as well as a threat to this still unsettled world…What they saw, what they felt what—through satiety of terror and suffering—they did not feel, what they had and what they lost, is all told here. No one can remain unconcerned or unmoved. Hersey has risen to the heights of impartial recording that makes this a human document transcending propaganda.” —Kirkus Reviews (starred review)

John Hersey (1914–1993), a prolific and acclaimed writer of both fiction and nonfiction, won a Pulitzer Prize for A Bell for Adano. Yet throughout his life, he was most respected for Hiroshima. According to the New Yorker, “[It] remains his crowning achievement. Though it is imbued with a profound moral sense, it does not preach. It does not hector. It simply tells. The power of it, and of its author, is in the reporting.”